I managed to get out before the snow set in and the clouds appeared today (Sunday 21st Feb). I went out at about 4pm when it was still light, but the moon appeared directly above me.

I took this image with my cheap refractor but this time I also used my Televue 2x Barlow as well as my Canon 450D camera on ISO800 for about 1/50th exposure. I forgot to add that I also used my 1.25″ Baader Fringe Killer filter. 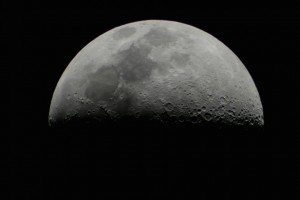 I sent my lunar eclipse images around the internet and managed to get the photo on the Sky News website within about 12 hours. The local CAA have also responded, and so have the SPA. The SPA have requested a high resolution version, hopefully for the quarterly magazine, but we’ll see. 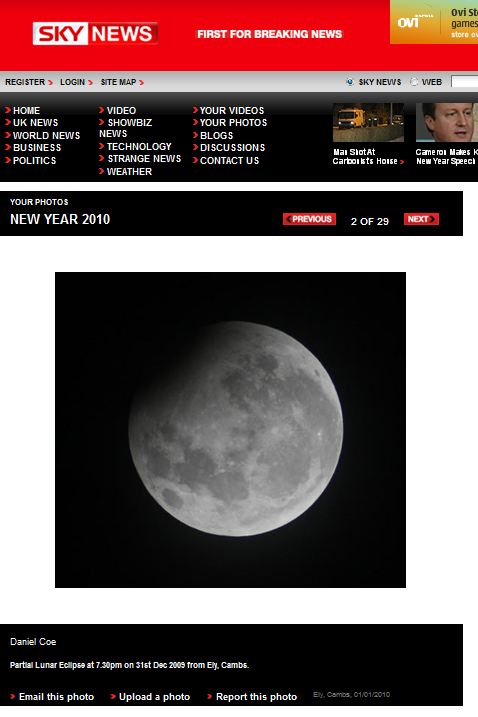 Managed to get out tonight for a while around 7.30pm, I did not think the clouds would clear. Usually whenever there is something worth looking at it’s always cloudy! But eventually the clouds went and the moon was in full view, even though it was -1 degrees in the shed. 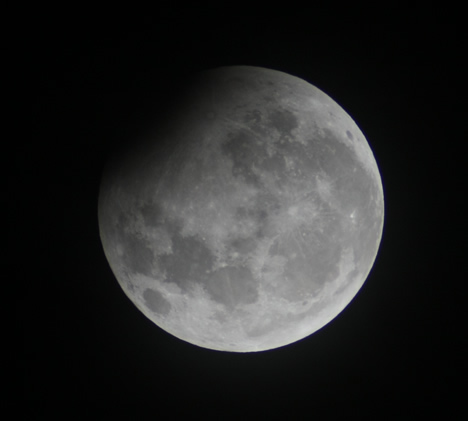 I took these images by attaching my Canon 450d to my cheap £100 guiding refractor telescope, I still think the photographs it produces are great for a £100 telescope. Images were taken mostly using an exposure time of 1/800th and an ISO400

I stayed out as long as possible to try and get the full story of the eclipse, all the way through from start to finish, but I did move my camera between the refractor and the lx200 so some later shots did get rotated as I did not put the camera back in the exactly same position.

The partial eclipse was not a great site to behold, but still something worth looking at.

I popped out last night with just my static tripod and camera to try and get some shots of the conjunction of the moon and pleiades.  I spent about 30 minutes outside in the wind, which was making the camera move.  So I ended up taking about 50 shots in total.

Unfortunately as the moon was so bright getting the faintness of the pleiades with the brightness of the moon was very difficult. I took all the shots at ISO800 on my Canon 300mm lens with varying exposure times.

Below is the best I got, which is pretty bad, I think I would have been better taking the photos of the pleiades  and the moon separately and then just putting the scene together in a photo editor program. 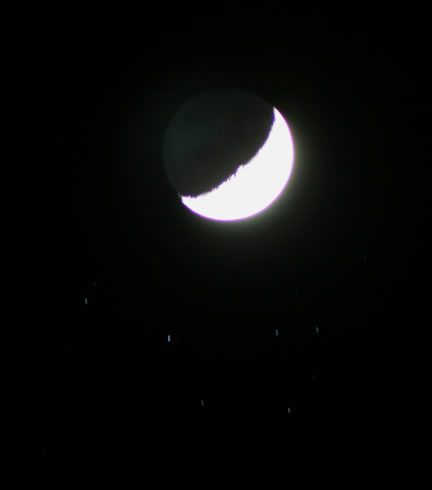 The only good thing to come out of the 30 minutes was this shot of just the moon. It’s quite amazing what a 300mm lens can do, and it shows you don’t need a telescope in order to take nice images of the moon. 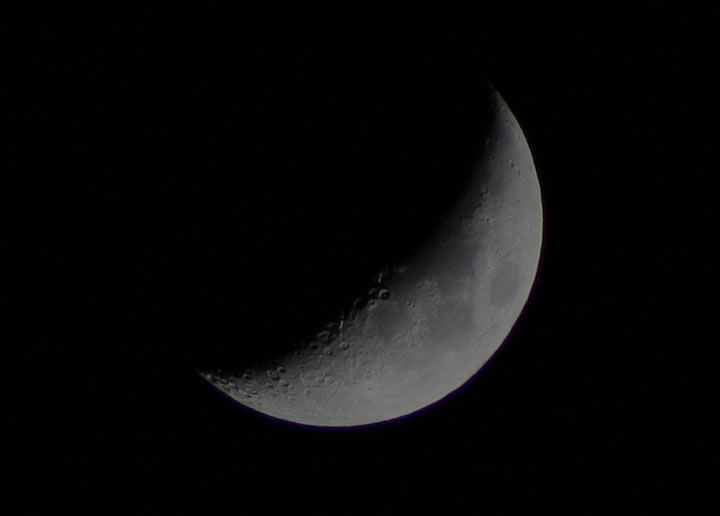 I went to bed at 9pm on the 20th February and managed to get up at 2.30am in order to get some images of the lunar eclipse.  I knew it was going to be cloudy tonight, but I thought the bright moon would shine through any cloud, how wrong I was.

Luckily after setting up and letting the LX200 do it’s setup routine, I managed to somehow find focus on the moon and get a few images.  It was difficult to get focus on the moon when it was covered by cloud, but after the first 10 minutes or so the cloud came over and the moon disappeared for the rest of the night, I came in at about 4.30am.

I even had to pull my whole telescope by the leg and re-align it manually as the moon disappeared behind the ridge of my house roof, whilst I waited for a better view.

I think if I could do it all again I would have set up my telescope earlier and found perfect focus then left the telescope alone until the lunar eclipse began, rather than try and find focus when the moon was covered by cloud. 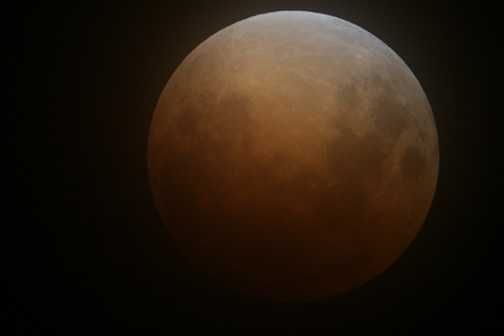 The image was taken at prime focus f/0 through the telescope using my Canon 400D with an exposure time of 5 seconds at ISO800.