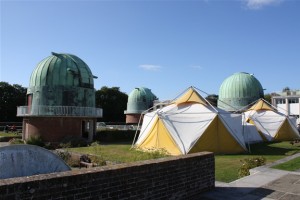 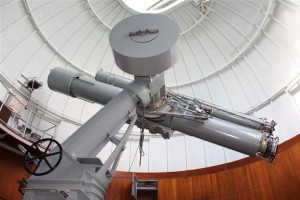 Last week I bidded on an Astro Engineering Pro Pier on eBay, luckily at the last minute I won the auction. I do find that these kinds of pier don’t appear that regularly on the 2nd hand market, as most people are using them, so I’m glad I got it.

The only problem was that the pier was 200 miles away in Chester. So on Sunday I made the journey over to Chester in 3hrs, really easy when you have a Sat Nav!

Gosh those piers are heavy, it took two of us to put it on the backseat of the car and my wife had to help me get it out of the car when I got back.

There was a slight bit of rust on the bottom, so I am considering getting some smooth Hammerite and painting it.

I also purchased a 2nd hand Meade Ultra Wedge a while ago so now I have the set up. The next thing is to look for a shed and start that observatory project, as I’m fed up with the weight of the LX200 10″ and the time it takes me to set up.

So I shall be posting regularly and keeping you up to date on my observatory project.

Want to Buy an SPC900 Webcam. But Where?

Exactly. It seems to me that Philips have stopped producing our beloved SPC900 Webcams. Amazon, Play and Pixmania used to stock them online, but no longer do. So what now? I suppose you could always look on eBay.

Does this mean that the price of second hand SPC900 Webcams will increase as they become harder to get hold of.

I did discover the new range of Philips SPC webcams and wrote a blog post about them. But is the SPC1300 or SPC1330 the new astronomy webcam? Do the old 1.25″ adaptors fit these webcams? Or do we need to get the glue out and try to fit the old adaptors to the new webcams?

If anybody wants to try the SPC1330 they are stocked at Amazon or Play.com – both offer Free Delivery.

Or will this see the end of us using Philips Webcams for Planetary Imaging, do we now need to go back to Logitech webcams?

Did you see the “Starmen” programme on the BBC? What a great astronomy programme, so good I had to watch it twice.

It was about us amateur astronomers and how important we are to keeping an eye on what is going on in the sky. I think my favourite part was actually seeing everyone’s astronomy kit, as well as the observatories that everyone had in their back-garden.

Terry Pratchett even appeared on the programme with his own bespoke observatory, the dome was actually made from wood.

It was amazing to know just how many people have astronomy as a hobby, and that so many people go to work all day and then stay up all night sitting beside a telescope.

Usually the only amateur astronomy on TV is on The Sky at Night, I would like to see more amateur astronomy on the BBC, perhaps we need a new Astronomy TV series which reviews astronomy equipment, teaches us the night sky, and instructs on how to use the kit in order to undertake astrophotography etc.

During heavy rainfall and Sun at the same time on Friday 22nd August 2008, at around 6pm, I looked around the sky for a rainbow, and there it was at the back of my house, with more bands of colour than I can remember ever seeing. 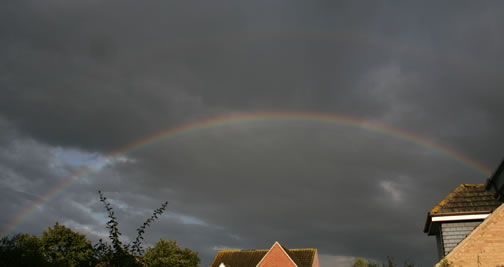 The main image even shows a second rainbow trying appear above the main one, this is called simply a double rainbow. Two rainbows in the same sky is also something I have never witnessed before.

Apparently secondary rainbows are caused by a double reflection of sunlight inside the raindrops, and appear at an angle of 50°–53°. As a result of the second reflection, the colours of a secondary rainbow are inverted compared to the primary bow, with blue on the outside and red on the inside.

It is remarkable how quickly a rainbow can appear and how quickly it can fade away and lose it’s intensity and the number of bands of colour.

Rainbows are optical illusions and meteorological phenomena that cause a spectrum of light to appear in the sky when the Sun shines onto droplets of moisture in the Earth’s atmosphere. They take the form of a multicoloured arc, with red on the outer part of the arch and violet on the inner section of the arch. More rarely, a secondary rainbow is seen, which is a second, fainter arc, outside the primary arc, with colours in the opposite order, that is, with violet on the outside and red on the inside.