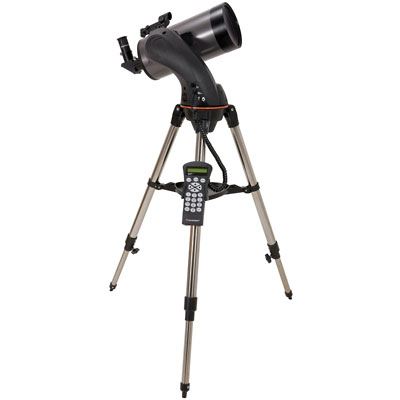 Celestron Nexstar 127slt Computerised Telescope
Take your explorations to new heights with Celestron’s NexStar 127SLT (Star Locating Telescope). The NexStar 127SLT is a precision instrument that can grow with you in the hobby of amateur astronomy for years to come. The sturdy single fork arm mount anchors your telescope, providing improved stability and performance, while the intuitive SkyAlign technology makes aligning your telescope’s computer to the night sky as easy as centring three bright objects in the eyepiece. Set up in a matter of minutes ? with no tools required and see details of the lunar surface, Venus and its phases, polar caps on Mars, Jupiter and its four moons, Saturn with its rings plainly visible and much more!