This a short Comet Lovejoy video that I have looped a few times. It was taken from stills I took on 10th January 2015. These are about 18 Luminance frames of 4 minutes each taken with an Atik 460EX Mono Camera with an Altair Astro 80mm triplet telescope on an EQ8 mount.

These are my processed Comet Lovejoy images. I don’t think they are that great, I found them really tricky to process. The 1st time I have had the joy (no pun intended) of imaging a comet that moves so fast.

I gave up trying to process the RGB frames, as I tried imaging the comet unguided for 4 minutes, which seemed to work OK, no star trails and a sharp comet. But then I also tried guiding on a background star and guiding on the comet itself.

The problem I found with guiding on a star is that as the red, green and blue are taken in a row that the comet has moved so you cannot align the sky background and get the comet aligned at the same time, the same is true if you guide on the comet, then you get multi-coloured star trails of RGB.

I think in future I will try my DSLR on the 80mm scope for imaging comets at a high ISO, then at least you are capturing colour data in every shot.

These were taken using an Atik 460EX Mono Camera, with an Altair Astro 80mm triplet telescope on an EQ8 Mount. 4 minute frames, about 15 stacked. 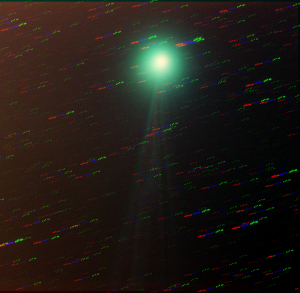 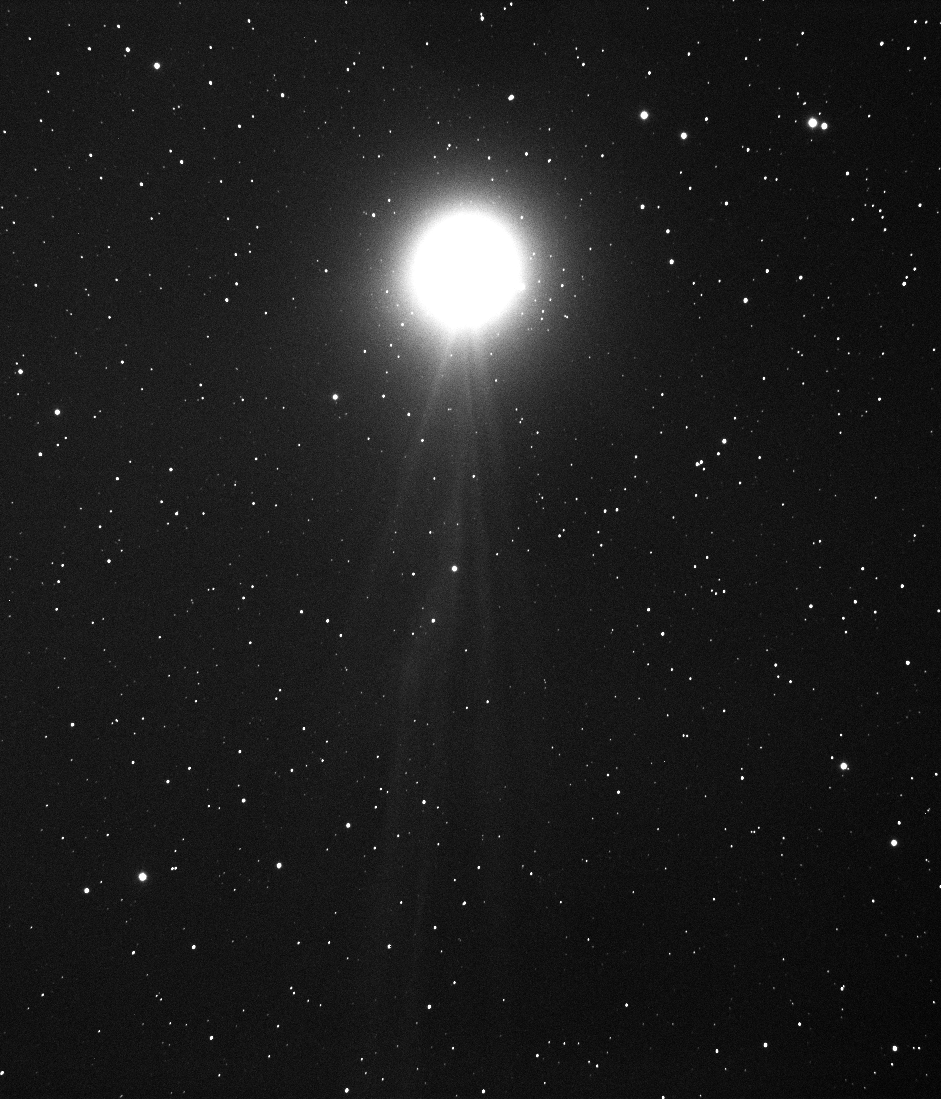 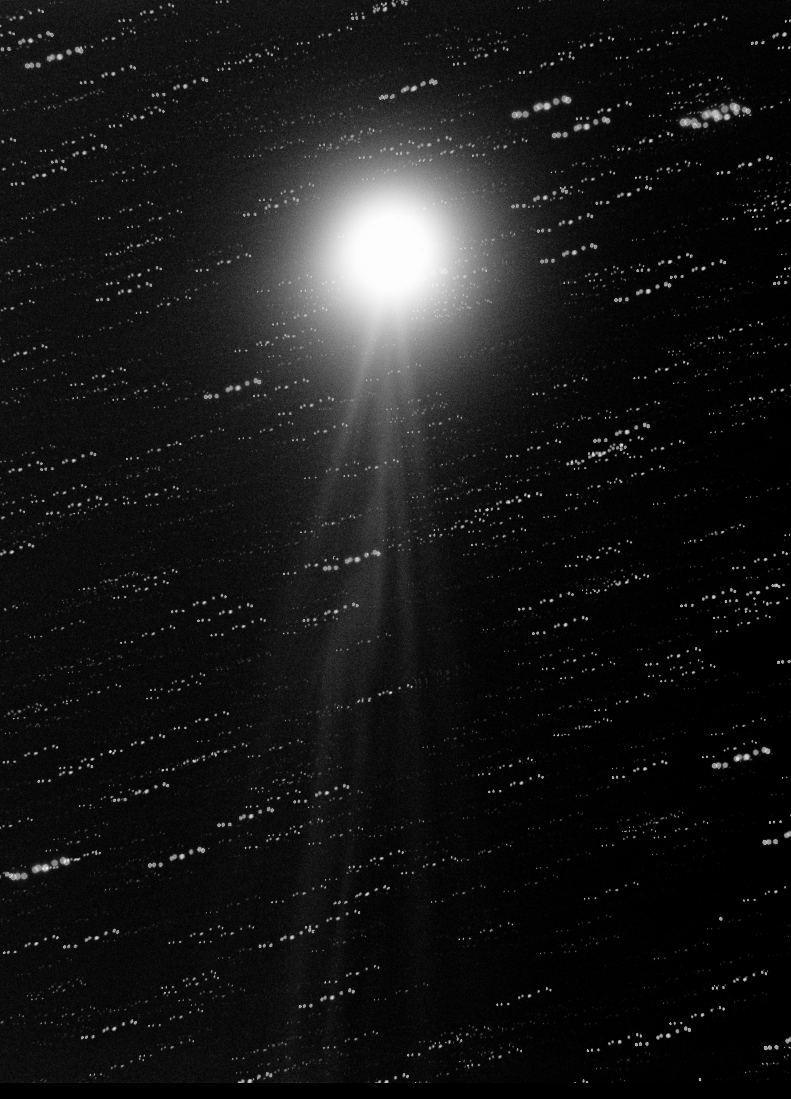 Here is some data I used for getting the comet to appear on my copy of TheSky 6, as the import from web feature no longer seems to work. I am sure this data would work in other planetarium programs as well. 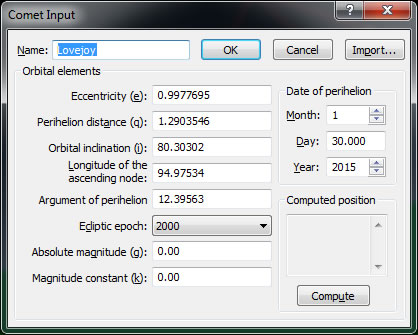 (Starting from the bottom) Comet ISON, Panstarrs and Lovejoy (at the top) 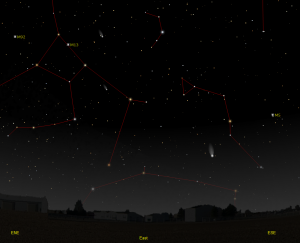 As of yet I have not seen comet Panstarrs myself, but I shall be looking out for it in the next few days if we ever get any decent clear skies here in the UK.

So where do you look for it? Well you need to be looking to the Western horizon an hour or two after sunset. I have added some images below to help you. 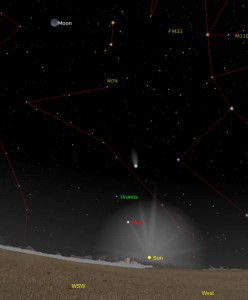 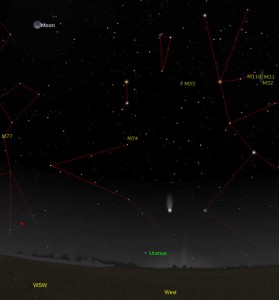