After days of hot and sunny and cloudless skies of course on the day of the solar eclipse it was nearly 100% cloud cover. I nearly didn’t even both opening the observatory roof. But I still did and it wasn’t until about 11.30am that the clouds started to clear. The actual partial solar eclipse was scheduled to end in the UK around 12.30pm.

My mount was not aligned or ready to slew to point me at the Sun, so it was a matter of loosening the mount clutches and moving the scope around until I found the Sun in the eyepiece I had attached.

I performed all my imaging using a homemade Mylar solar sheet that I had turned into a cover for the end of my Altair Astro 80mm triplet telescope. I also added a Williams Optics 0.8x flatenner, some extension tubes and of course the ASI120 MM camera. See my other post for more information and images of my set up.

I used Firecapture software to capture my video and it took me a while to get the settings perfect (as well as the focus) as the lingering clouds were messing things up for me.

Here are the settings I ended up using:

This was with no UV/IR or Solar Continuum filters.

I wanted to grab as many frames as possible in each video, but  I was worried about getting too many and bringing blur into the final image. I finished off with about 20 videos with the solar eclipse at different stages.

After bringing the video files indoors I used a mixture of AutoStakert and GIMP to give the images some false colour as all my images were in mono from the mono camera. 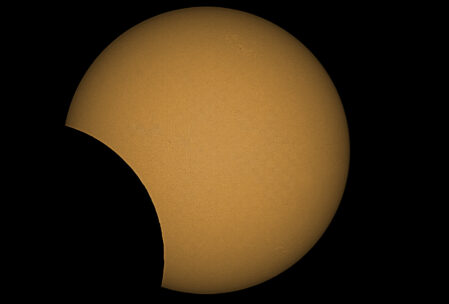 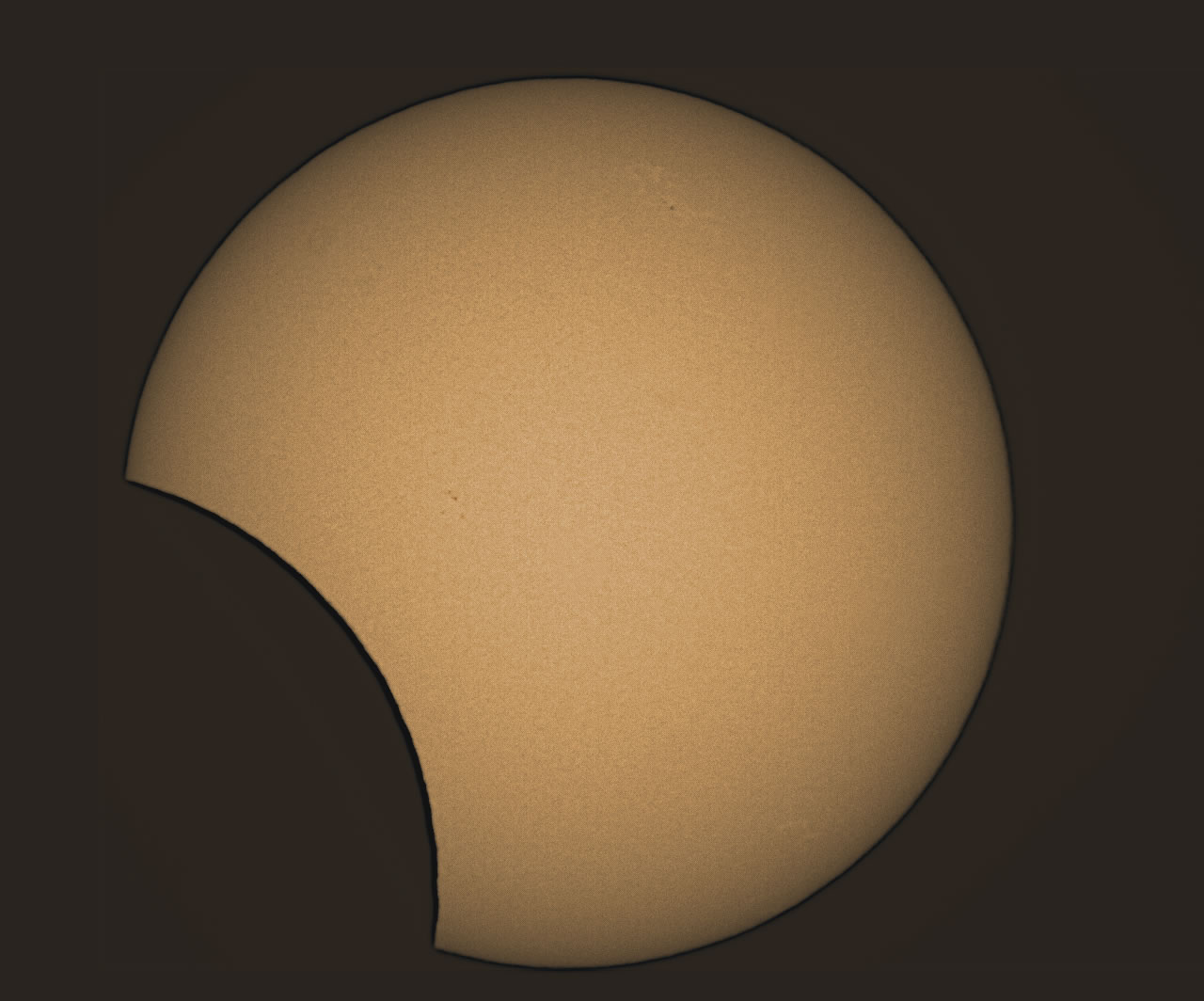 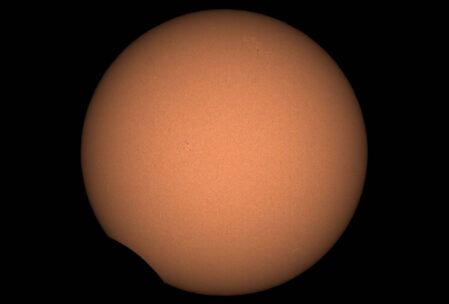 I was expecting this morning to be cloudy in Cambridgeshire today, but amazingly the skies started to clear at around 8.30am. I then just had to wait for the Sun to appear from behind the house that backs onto mine, as I was in my back bedroom with the window open taking the photos of the solar eclipse. 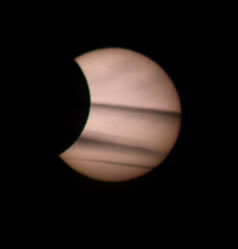 I took these images with my Canon 550d with my 300mm lens on a tripod with a remote cable. I also used my homemade solar camera filter.

The images are not that great, but I did like the one that had cloud bands along it which looked a bit like Jupiter.

As the eclipse ended the cloud then came back and it was time to pack away. 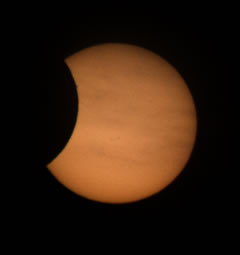