Tonight was my first night out for a while, I think the weather has been pretty terrible lately, or when it has been a clear night I have been doing something else, like my photography evening class.

Anyway tonight I went out and decided to try out my homemade camera mount, which is on top of my guide scope.

I chose Vega for some reason, probably because I watched the film Contact the other night for the first time, and the signals from space came from Vega in the film. 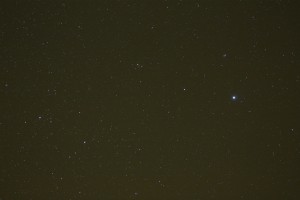 What a great night last night, a really clear night with the odd small cloud overhead. I decided to look for the Dumbbell Nebula M27 last night, and I had a rough idea where it was, but I managed to find it after about two minutes, sometimes the night sky seems very small, sometimes massive!

Well anyway, I managed to carry on taking pictures of the constellations and I managed to get Delphinus, Equuleus and Sagitta in this shot below: 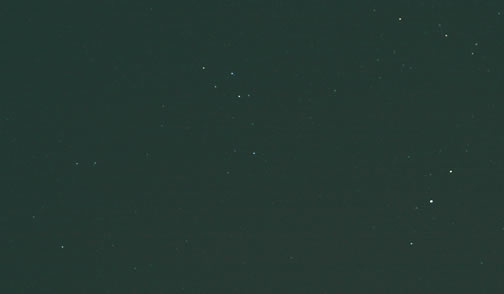 I have drawn the outlines of Delphinus, Equuleus and Sagitta over the previous photo in the image below: 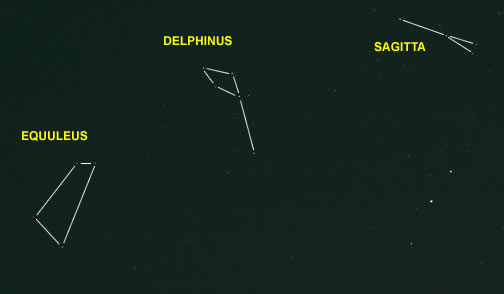 Following along from my mapping of all the asterisms in the sky by just using my Canon DLSR with an 18-55mm lens, I have now taken Perseus and learnt how the asterism is constructed via its stars, I also managed to just get Triangulum and Aries in the photo as well. 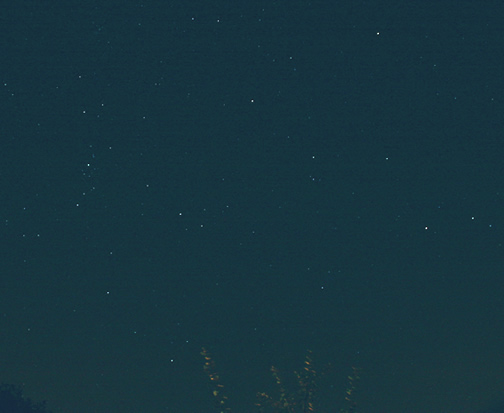 Now the picutre below has the outline of the asterisms added: 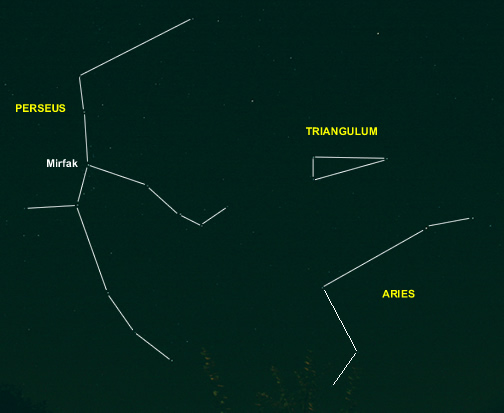 For the first night out in a long time, it must be about three weeks since the perseid meteor shower I managed to have a clear night, and get some photos.

It’s still really good fun to learn the various asterisms, and I try to find and learn new ones every time I go out.

This time I concentrated on Cygnus which is a cross type asterism which lives along the line of the milky way, close by in the photo below is also Lyra which I have visited many times with my telescope to see the Ring Nebula. 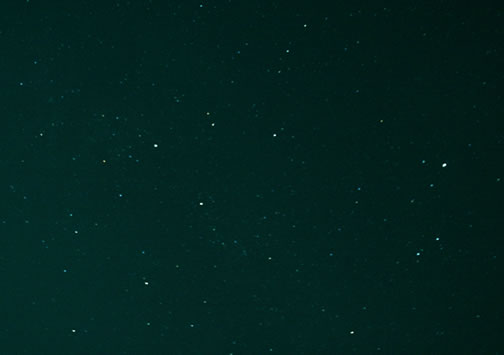 The following photograph has been amended to show clearly the outlines of Cygnus and Lyra, it also points out the stars – Deneb, Sadr, Albireo and Vega. 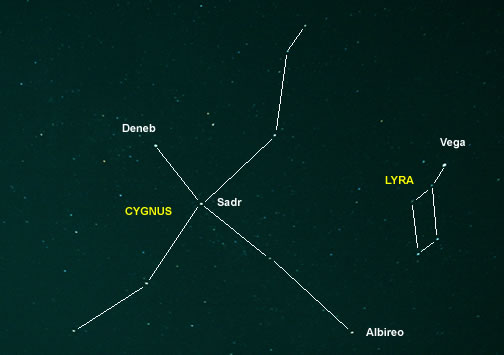 On a clear night over my head in my garden I can clearly make out one of the major and probably most well known constellations, Ursa Major, one section of this is The Big Dipper or in the UK it’s also called The Plough.

Seven of the brightest stars, which are located in Ursa Major or the The Great Bear’s hindquarters and tail, form the big dipper.

I took the following photo last night using just my simple Canon IXUS500 camera with a setting of landscape/infinity focus together with a high ISO and a tungsten effect. I then had to import the image into Macromedia Fireworks in order to alter the brightness and contrast settings in order to get any sort of image out.

The image is not brilliant but if in the following image I overlay a line between the stars you can more clearly see the big dipper, or click on the image to see the full size.

I am looking forward to perhaps purchasing a decent SLR camera and trying that on the nights sky, perhaps a Canon EOS 350D, we will have to see.

After looking up Ursa Major I was amazed to find that M97, M108 and M109 are very close by, so next time I am out I shall have to remember to look out for them and report back.