Mick has a Meade LX200 8″ telescope and was previously using a Celestron NexImage for lunar and planetary imaging.

Mick was stated as saying “I am very impressed with the image quality of the camera, the colour range, tonal range and sharpness. Jupiter shows Io and its shadow on the cloud tops and greater detail in the bands. All the Moon photos have a greater tonal range and detail compared with the webcam, the Cassini image was taken at 1200 x 1000 at 27 fps 600 frames”.

He went on to say “It wasn’t a particularly good night with some high cloud and I had to load the software and learn the new software, there are a lot more controls than the webcam, this QHY IMG132E has a lot of potential and I am looking forward to imaging Saturn and Mars”.

So he was very impressed with it, which makes me wonder if I should get one as well. I currently have an Imaging Source DMK21 mono, which is great for lunar and solar imaging, but it’s a pain having to change the filters to get a colour planetary image, so I may go for a colour camera next time, plus the DMK21 640×480 size is a bit small sometimes, so a bigger chip like the one on the QHY IMG132E would be better.

But let’s look at the images: 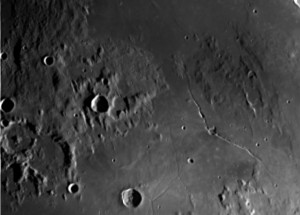 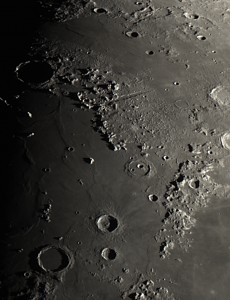 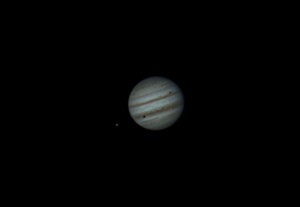 All images by Mick Jenkins 2012